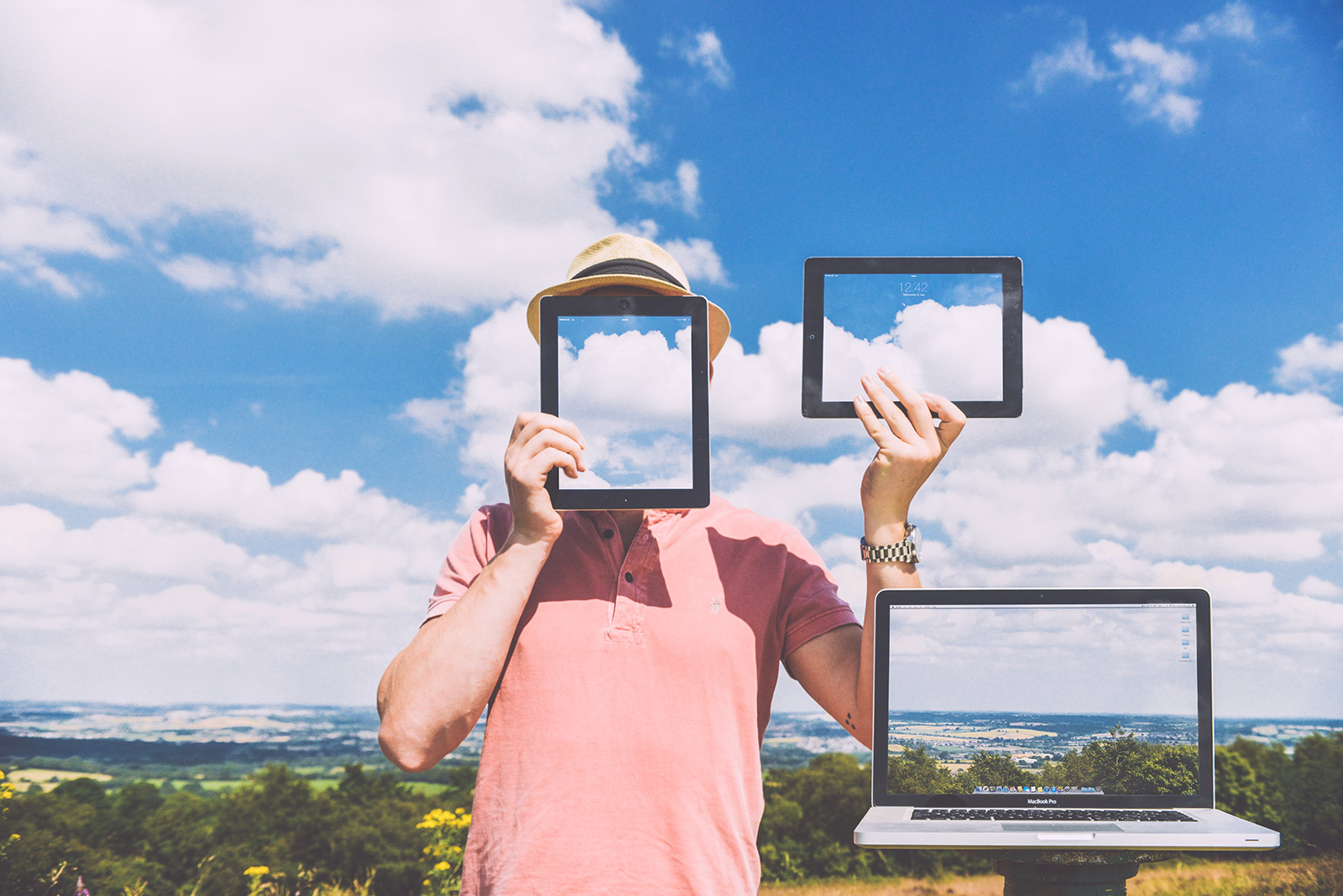 So, how do these two different brands compare head-to-head?

For the most part, both Macs and PCs will run and do all of the same essential activities. So, picking between a Mac and PC can often come down to a simple aesthetic choice. For other users, their choice will depend on which brand is more intuitive than the other—which usually has more to do with prior experience than anything else. In short, the question of PC vs. Mac question is increasingly becoming an obsolete issue—as many programs and features are turning to either cloud-based or subscription based formats. Many programs such as Google Docs or Microsoft Office no longer care what browser you use or which system you operate from.

However, a few things can be said when deciding on your computer brand preference. The old cliché that Mac’s are more user-friendly and PCs are better built for the corporate environment generally still hold true.

However, even that cliché is becoming increasingly untrue. For instance, Adobe Photoshop has significantly beefed up its product line and therefore it can no longer be said that Mac is the inherent choice for photo-shoppers. The opposite is also true, as Mac has increasingly sought to diversify program features. But, for the most part, software products normally used in such industries as the financial sector are still largely designed for the PC.

Other industry clichés remain true as well. For instance, Macs are still the more elegant computer and are more intuitive than most PCs. Also, PCs and the operating system that comes with them (Windows 10), still remains the more adjustable system—near infinite options and settings are available to PC users. PCs can still be set to maximum functionality for both the inexperienced user and the tech-savvy nerd. In fact, if you so desired, PCs even allow you to drop the factory standard operating system and install Linux—the standard operating system of hackers the world over.

Otherwise, in regards to performance and speed there really is no longer any difference between brands. Comparable RAM, Processor, and hard drives are provided by both PC and Mac products.

In regards to software, it really depends on what you will be running—which means that when you are deciding which to use, you will have to answer many questions that only you can answer. Will you be using your computer for publishing or Photoshop? Or, will you be using your desktop or laptop for business applications?

However, it should be said that for a tech-savvy individual and those willing to spend a little extra cash on copies of Windows and “parallel programs”, Mac can run many windows programs. So, if you love Mac, but feel like you are missing out on a few features, you do have other options besides buying a PC.

In regards to cost, it used to be that Macs were significantly more expensive than PCs. This is no longer the case. While the Mac does still average out to be the more expensive unit, the gap between the two products has largely closed.

In the realm of desktops, Mac essentially wins the category outright. But, this is more for aesthetic or practicality purposes. Nearly every desktop of both brands provide comparable products in regards to performance. But, where the Mac really wins out is their “all-in-one” desktops, which feature one unit with a processor, hard drive, and screen all as one component. These units not only look great but also save on desk space.

However, PC is catching up in even this category, especially with the recent release of products such as the HP Envy Curved 34-A051, which is a sleek and very intuitive all-in-one PC option. However, this desktop comes with a few features that boggle the mind, such as the fact that the normal 21:9 aspect ratio isn’t is playable by most streaming video sites—whom normally operate from the 16:9 aspect ratio.

Also, the HP Envy lacks front ports for flash drives or SD cards. In other words, the HP Envy is a fairly strong response to the all-in-one Mac desktop, demonstrating that the PC is catching up. However, PC just hasn’t worked out the kinks in the ‘all-in-one’ category.

In regards to laptops, Microsoft’s 4k display laptops by far and away blow Mac Laptops out of the water in regards to visual clarity. However, Mac laptops are usually better designed, weigh less, and look nicer than the average PC. Also, as Mac owner of any significant length of time can attest to, a Mac laptop will last forever. However, in regards to system speed and functionality, the two products are nearly indistinguishable.

To wrap up, it should just be said that Mac and PC are really starting to make in-roads on each other. Product categories that used to be the domain of one have become competitive in the other. So, for the most part, it will come down to personal preference and whichever product is more intuitive to you.

I have developed countless software and websites using ASP.NET C# and PHP. I have designed and created extensions and plugins for Joomla and WordPress; online reservation system, course/student management interface, API scraper/dynamic page builder and much more. I have worked with and managed entire teams of programmers and SEO specialists from many different countries and cultures. I am the proud owner of Polar Mass since 2011.